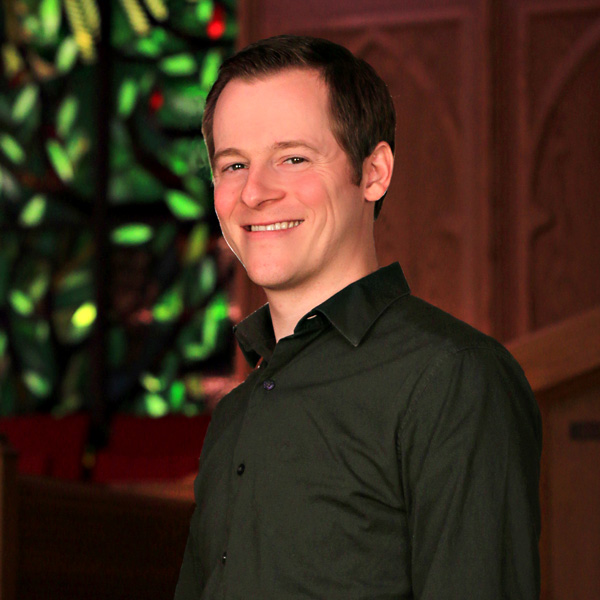 Since 2014, Sean Hale has been the Director of Music and Worship at First United Methodist Church of Arlington where he oversees all of the music ministries of the church which includes choirs for children, youth, college students and adults as well as orchestras. Under Sean’s leadership, the Chancel Choir at FUMC Arlington has presented Part 1 and much of Part 2 of Handel’s Messiah, Haydn’s Mass in Time of War and Lord Nelson Mass, Mendelssohn’s Christus and O Head So Bruised and Wounded, Vivaldi’s Gloria, as well as other choral/orchestral works. Sean received a Bachelor’s in Music Education from Sam Houston State University under Dr. Allen Hightower and a Master’s in Vocal Performance from Arizona State University. He has been fortunate to have tremendous musical mentors such as Dr. Allen Hightower (UNT), Dr. James Franklin (ECU), Dinah Menger, Denise Eaton, Dr. Robert Bode (UMKC), Dr. Pam Elrod Huffman (SMU), Dr. Kenny Sheppard (retired—formerly Southwestern University), among many others. Additionally, Sean has served as youth minister at FUMC Pampa, TX, soloist for Pinnacle Presbyterian Church (Scottsdale, AZ), Director of Music at Salado UMC, and Choir Director at Salado High School. Sean has had the great fortune of working with Dr. Jamila Javadova-Spitzberg at FUMC Arlington where she has exposed him to some of the incredible music of Azerbaijan. Most notably, Jamila introduced Sean to the music of Gara Garayev. As an advocate of music as a positive force for love and beauty in the world, Sean looks forward to advocating and serving with the Azerbaijan-American Music Foundation.