Shusha: The Music Capital of Azerbaijan 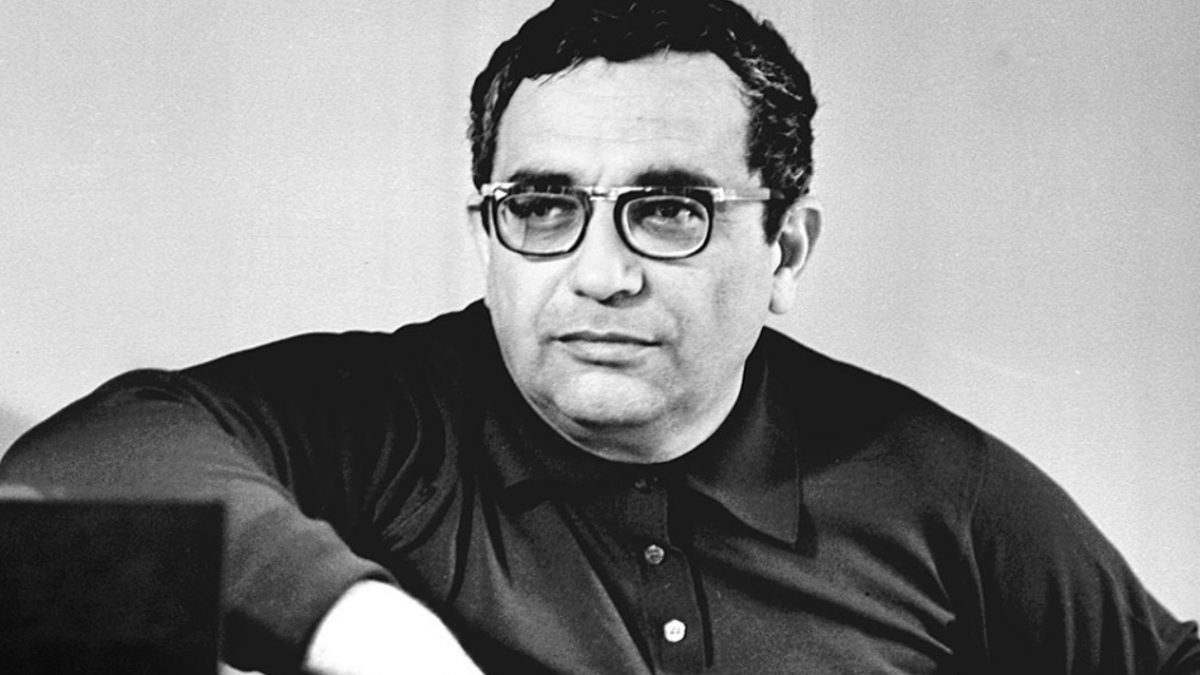 Artists can be compared to ships: some remained anchored in harbors or sailed only in safe, calm seas near the land. Others are brave enough to sail in abundance, take ambitious routes, navigate in stormy waters, and explore new uncharted areas without fear. ~ Gara Garayev

Let us check out how does Gara Garayev and his art fit in these events of historical developments whose 103rd anniversary we celebrated on Feb. 5, 2021. What made him stand out among professional circles? How did he influence this history, and why we collectively celebrate his life and music?

Garayev was born on Feb. 5, 1918. His father was a prominent pediatrician, and his mother a progressive and well-educated Azerbaijani woman who wrote poetry and played piano. She was the one to encourage young Garayev to become a musician. At the age of 8, Garayev was enrolled in the junior music division of the Azerbaijan State Conservatory. He was allowed to double major in piano performance and composition, studying with the pianist George Sharoyev, composer Leonid Rudolf, and the prominent Azerbaijani composer Uzeyir Hajibeyli who taught Garayev the fundamentals of the Azerbaijani Folk Music. These studies formed and defined Garayev’s future as a musician and left a strong imprint on his artistic thinking and compositional style.

Garayev’s grand appearance in Soviet music circles happened through his participation at the Azerbaijan Art and Culture Days festival held in Moscow in 1938. 20 years-old composer had the privilege to perform at Moscow’s Bolshoi Theater in Joseph Stalin’s presence, conducting his cantata The Song of the Heart. With the idea to continue his professional studies, the same year, Garayev moves to Moscow to become a student at the Tchaikovsky Conservatory. Initially, he studies composition with A. N. Alexandrov. WWII interrupts his studies in Moscow, and he returns back to Baku, Azerbaijan. However, in 1943, Garayev returns to the Soviet capital and enrolls in the class of the legendary Dmitri Shostakovich (1906-1975). Through Schostakovich Garayev, inherits the educational lineage extended all the way to Alexander Glazunov and Nikolai Rimsky-Korsakov. Overall, the fortunate union between D. Shostakovich and G. Garayev turns into a mutually enriching lifelong friendship, collaboration, and mentorship.

1947 became the first and prominent triumph of this diligence. A symphonic poem unfolding the love story based on the twelfth-century poet Nizami’s Leyli and Majnun proved these efforts’ success. The composer masterfully united Azerbaijani melodies and harmonies with the principles of European symphonic techniques. He created a work of outstanding artistry with the long-breathed theme of love similar to Tchaikovsky’s Romeo and Juliet or Wagner’s Tristan and Isolda.

Then, follow Seven Beauties and The Path of Thunder ballets, Don Quixote Symphonic Engravings. While listening to these works, one could easily observe Garayev’s interest in world cultures: Spanish M. Servantes, South African P. Abrahams, and many others to come. Hence the extraordinary richness and expressive content of his music. The composer creates a variety of characters and touches upon essential concepts, fundamental matters of his time. Heroism and drama, tragedy and pathos, grotesque and satire, humor and comedy find a reflection in his music. Seven Beauties unfolds the story on behalf of multi-ethnic princesses worldwide (Indian, Byzantine, Khorezmian, Slavonic, Maghrebian, Chinese, and the excelling Most Beautiful of the Beauties). The character reflection of these ethnically distinct beauties in music is apparent. The ballet manifests genuinely memorable melodies, the most popular being Waltz.

The Path of Thunder (1957), a socialist-realism ballet, describes a love story in apartheid South Africa.

In the early 1960s, Garayev also touched upon neoclassical traditions prevalent in the 20th century and created a Violin Sonata in D as a “musical tribute” to Vladimir Mikhailovich Kozlov’s memory, an outstanding teacher-accompanist, mentor, and friend of the composer. Prominent figures like Béla Bartók, Paul Hindemith, Igor Stravinsky, and Sergei Prokofiev trod similar paths, using neoclassical concepts in their pieces. The piece is ranked among the best works of Soviet chamber instrumental literature.

I also want to emphasize on Twenty-four Piano Preludes that Garayev worked on intermittently from 1951 to 1963. These Preludes are evenly divided between four books, each embracing six pieces and tonally progressing over the “circle of fifth” diagram. Musical images in these preludes present an atmospheric rainbow, yet they are unified under the artistic and philosophical reasoning and logic of Garayev’s musical mind. Splendid harmonies, vibrant rhythms, and diverse images, including counterpoint and jazz elements, are impressive features of these pieces.

In 1961 Garayev took two trips to the United States of America that dramatically changed his artistic outlook. In June of 1961, Gara Garayev and Tikhon Khrennikov were the only two Soviet composers attending the first International Music Festival at the University of California in Los Angeles. Garayev’s Suite from The Path of Thunder ballet was performed under the baton of a twelve-time Academy Award nominee and founder of the festival Franz Waxman. These trips brought him closer to legendary and revolutionary Igor Stravinsky, and later in 1962, he collaborated with American composer Samuel Barber.

The latter became the first American composer to attend the biennial Congress of Soviet Composers in Moscow. Stravinsky completely crashed Garayev’s views on music and steered him away from the “socialist-realism” type of artistic thinking. America helped Garayev discover new compositional processes and learn about modernistic techniques. Aesthetics of Serialism enormously interested Garayev and resulted in delivering Symphony No. 3 of 1964 and Violin Concerto of 1967, commissioned and dedicated to Leonid Kogan, a great Soviet violinist, who premiered the work in Moscow.

Namely, these works defined the shape of Azerbaijani classical music’s future. Thanks to Garayev’s artistic bravery, one with confidence could now talk about the modern Azerbaijani school of composition. Considering the time and place Garayev lived in, these new views were an open ideological contradiction, a challenge against the society and its beliefs. Symphony No.3 and Violin Concerto caused a lot of trauma to nearly 50-year-old Garayev at the time. Among his significant later works are The Impetuous Gascon, a musical comedy after Rostand’s Cyrano de Bergerac (1973), dramatic symphony Goya (1980) that he co-authored with his son Faraj Garayev, Twelve Fugues for Piano (1981). Author of 110 works, Garayev died in 1982 at the age of 64.

His legacy continues to influence, lead and guide the future of Azerbaijani classical music. Garayev diminished the time gap between Western and Azerbaijani classical music thanks to his progressive thinking by overcoming the lag behind the world’s compositional processes in the shortest possible time. He fearlessly sailed in stormy seas and opened new pathways from nationalism to modernism in music. Garayev moved with time; he felt the pulse, inspired his listeners and rose to the top.